As part of the European Championship weekend, we were invited to perform a joint concert with a local youth band - L'Harmonie Municpale de La Gorgue...

This did mean a rather early - or late depending on your point of view - departure from Wilbarston - 1am on Friday morning! It was decided to to meet at Wilbarston at 9pm on Thursday evening for a short rehearsal, followed by a pizza supper! This gave us plenty of time to load the coach and make our getaway.  We arrived in La Gorgue early afternoon and went straight into our own rehearsal at the concert venue followed by a meal and drinks provided by our hosts.

The concert was exceptionally well received by the enthusiastic audience.

After the local band played the first half, we played the attached set which included all the competition pieces in particular the set piece Olympus.
At the end, Road to run as an encore, and then followed up with good old Valero done in a kneeling position - see attached photo.

After the performance - attended by a good local audience and the mayor, we were invited back to the music school for a champagne reception/buffet.

The following day we returned to the music school and rehearsed until lunchtime. Lunch again was provided by our hosts, before CJ conducted a masterclass which included players from both bands. This was well received and the day ended before an evening of ten pin bowling (although some throwing techniques required some modification to comply with current rules). A brilliant weekend!

The case of the liberated mutes......

On Friday evening after the concert, held just up the road from the music school where the Local Band had transported up a load of their percussion, we were loading up our instruments onto the coach and inadvertently packed a large box of (their) mutes onto the bus. We returned to the hotel blissfully unaware of our liberation of said items (about twenty or so).

Next day we unloaded everything, did rehearsal/masterclass etc and packed up to go home. Headcount of players fine, ready to go when someone said - did you put the box of mutes back on?

All stop! Half an hour of many people looking for the box - emptying the hold- searching the music school etc.

Basically, we were all searching for something that we had never had - but we had all seen it come out of the bus that morning.
We even asked our players had they seen the box and they said no - not really twigging that we were all talking gibberish by this point

We took pity on a lonely box of music school mutes, and gave them a deserved night out in Lille before dutifully returning them home the next day. 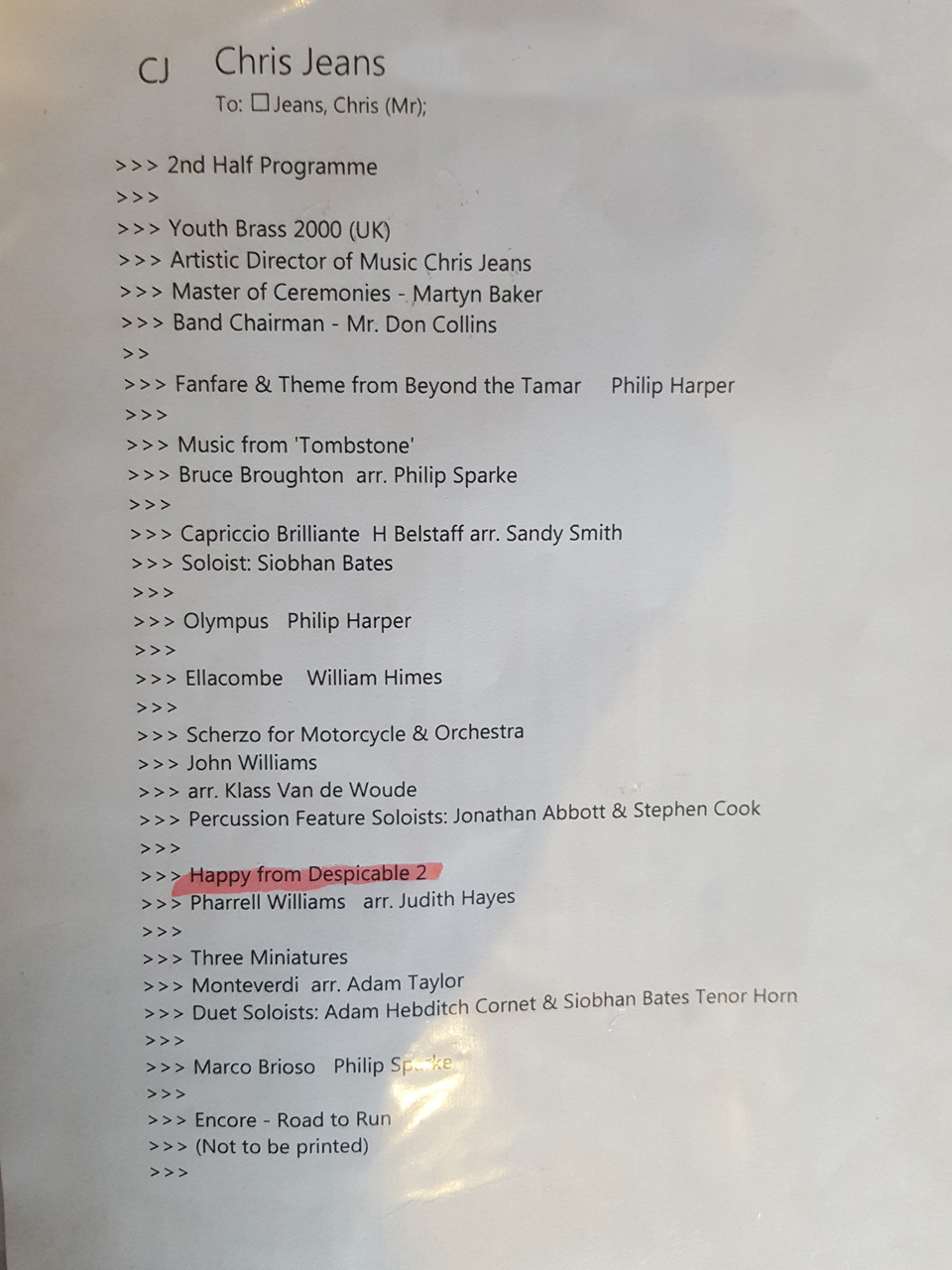 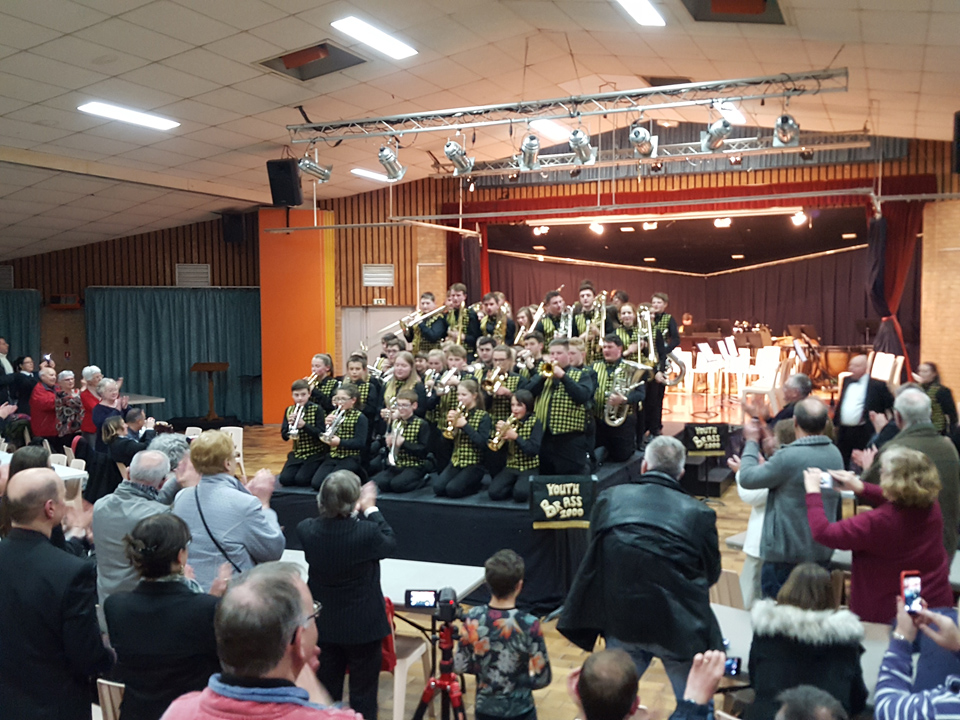 Watch Road to Run and Valero