This was a fantastic concert that was held in the enormous church known an "Boston Stump". A "stump" is a bit of a misnomer really, as it isn't a stump at all - it is probably the highest church tower in England! It is said that you can see it from miles around. Unfortunately, we weren't able to put it to the test, as it was pouring with rain when we arrived! Apart from the Birmingham Symphony Hall, this is probably the biggest building we have ever performed in! Being so high and long, some of our louder stuff seemed to take forever to die away - a bit like playing in a huge railway station! We did the "Beyond the Tamar" set, which the large audience thoroughly appreciated. The "Storm Over Leningrad" just had to be heard to be believed in there! At the end of our performance, we were given a standing ovation! Here are a few pictures of the event. 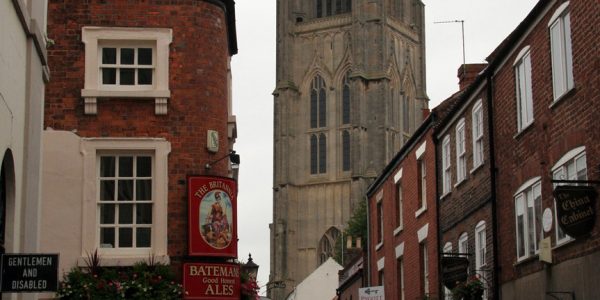 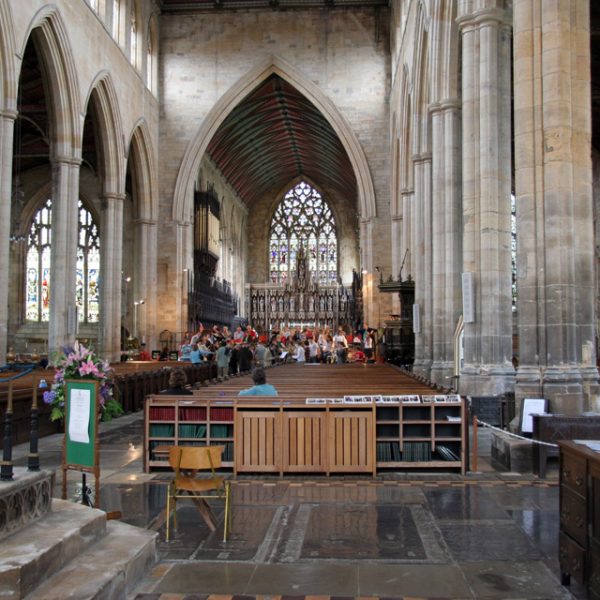 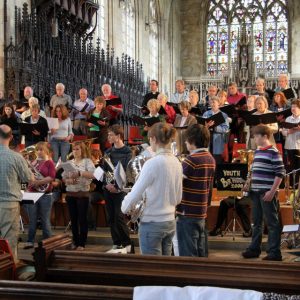 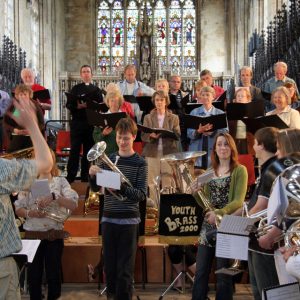 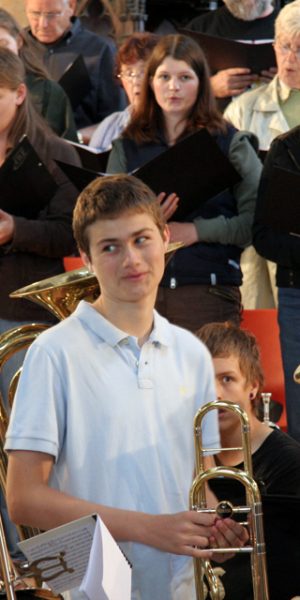 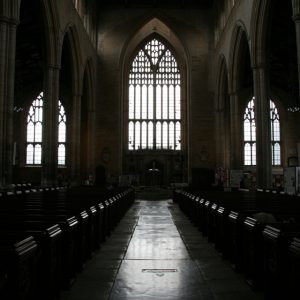 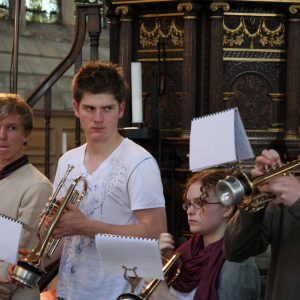 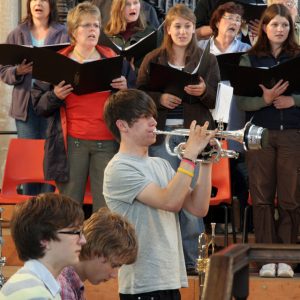 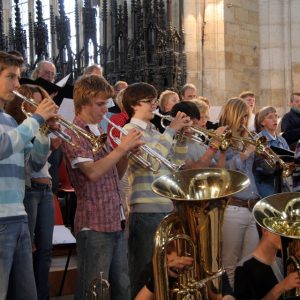 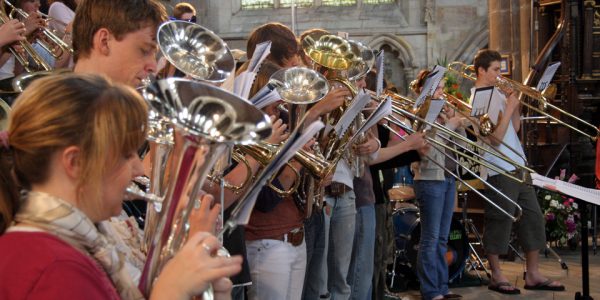 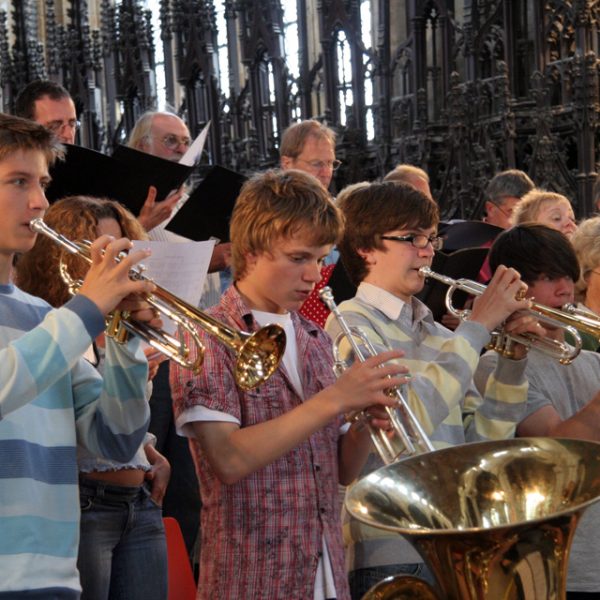 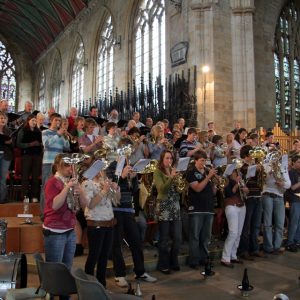 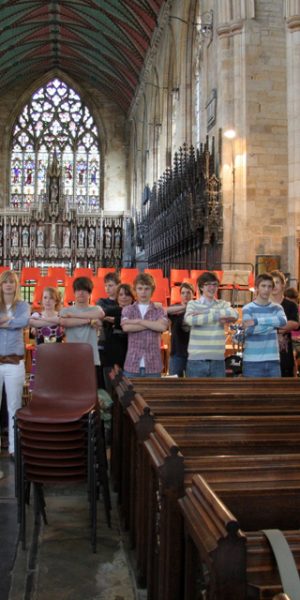 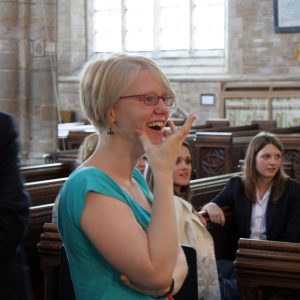 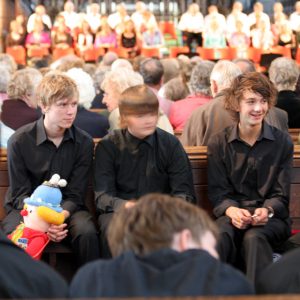 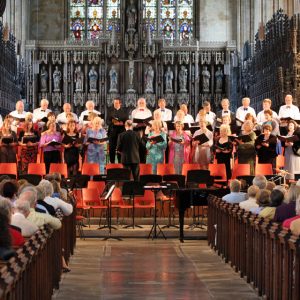 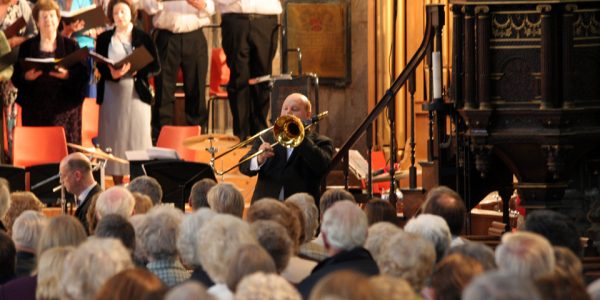 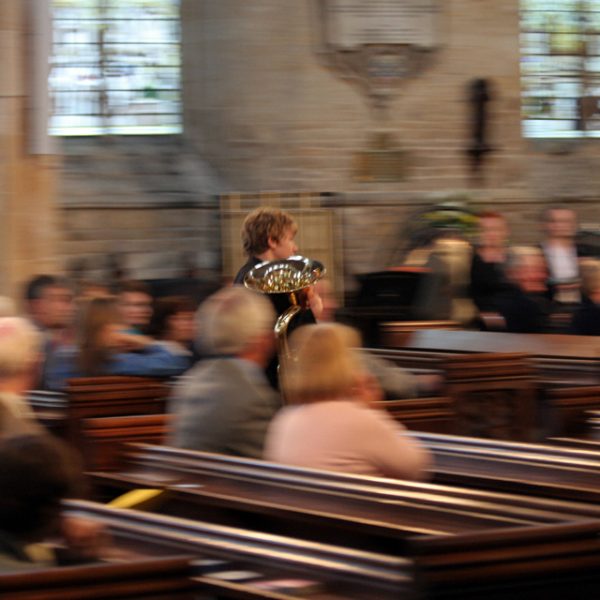 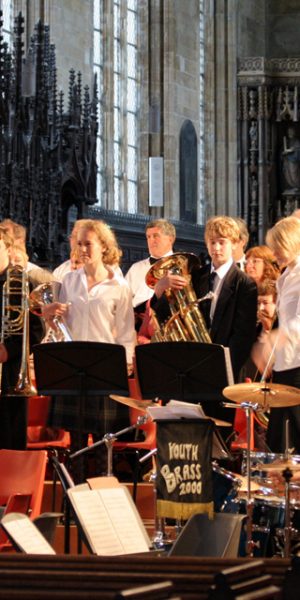 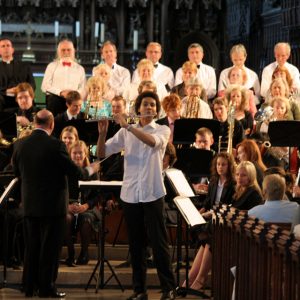 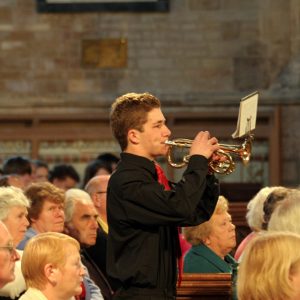 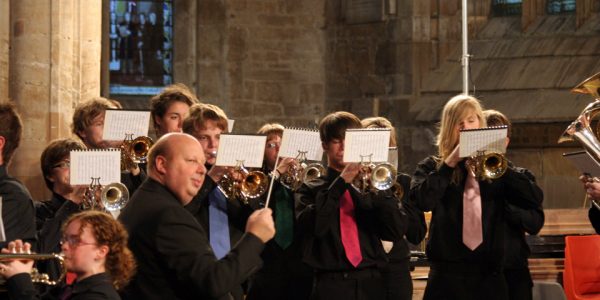 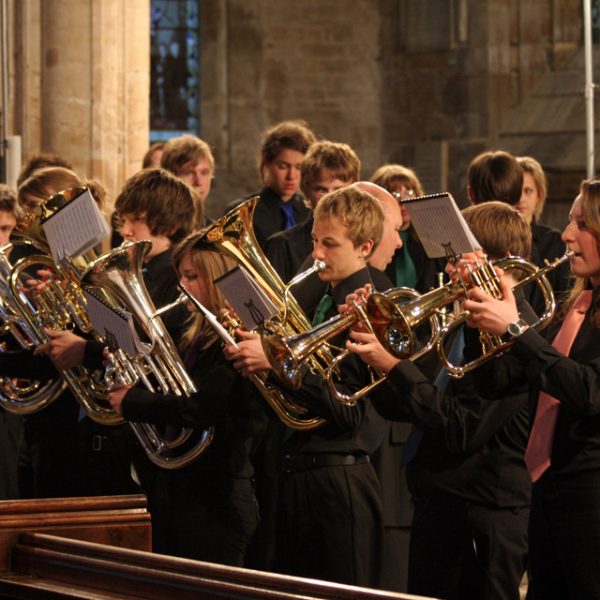 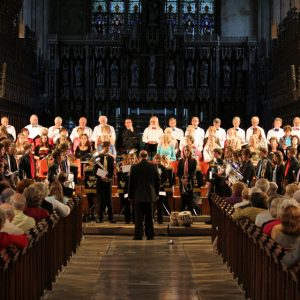 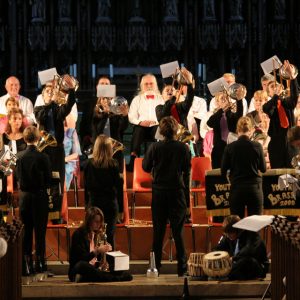 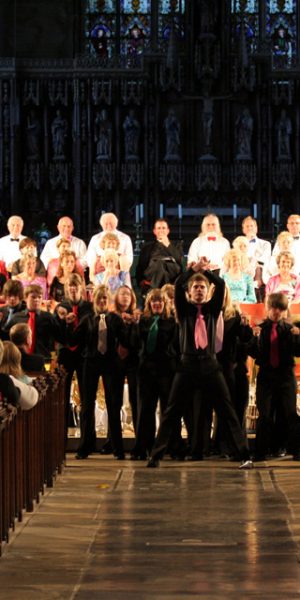 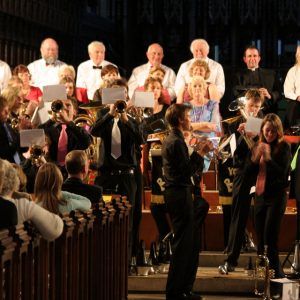 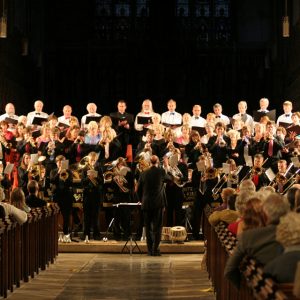 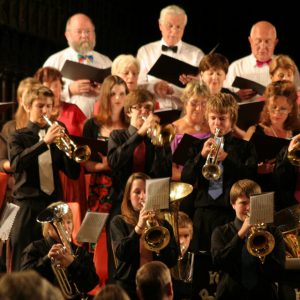