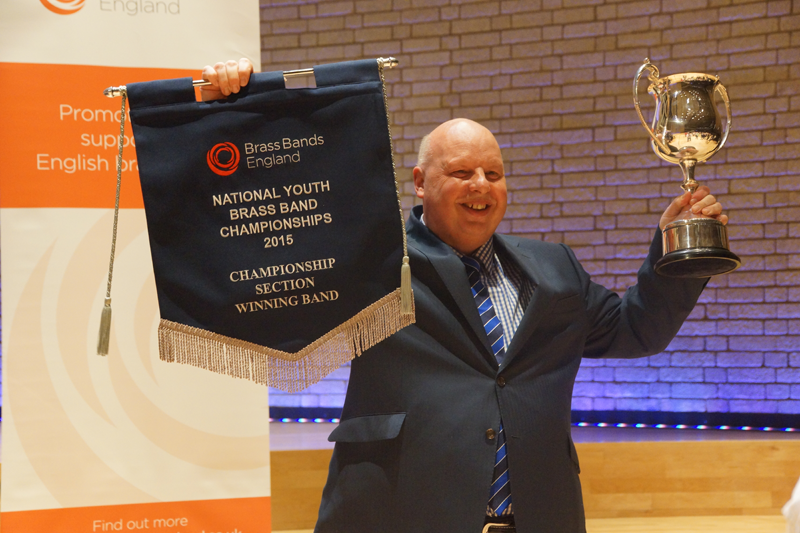 Described as a 'National Treasure' by the BBC, Lord Chris Jeans has been the Artistic Director of Youth Brass 2000 since its formation over 30 years ago, leading the band to their greatest successes. An award winning conductor and trombone soloist, he is currently the principal trombone of the Virtuosi GUS band. He has held the title of "Champion Trombone Player of Great Britain" and also won the title "Brass in Concert Solo Champion" on two occasions. Chris has won the National Champion Band of Great Britain on seven occasions, European Championships on three occasions, Champion of Champions, All England Masters, French Open, British Open Championships three times, and hat-tricks on BBC's "Best of Brass" and Granada TV's "Band of the Year" competitions. He has appeared on stage with many high profile artists such as Tony Bennett, Christian Lindberg, Evelyn Glennie, Lesley Garrett and the London Symphony Orchestra.

Belfast-born Stephen Bell has built a hugely diverse career in both commerce and music in and around Northamptonshire spanning over 35 years. Stephen's association with Brass Bands stretches back to his time at Laganvale Brass Band, directed by Alan Murdock in Northern Ireland, firstly on Eb Bass and then (because he was too small!) on Timpani. Although it was Alan Murdock that introduced Stephen to conducting (at the age of 14) it was studying music at Southampton University and subsequently M.Mus (performance) at the University of Surrey that set Stephen on course to seriously develop as a conductor and musical director in a variety of genres, encouraged and championed by the composer Mike Sheppard and Professor Peter Evans.
Read more